Mainstream oncology views cancer as the build-up of genetic mutations, and the conventional approach utilizing surgery, chemotherapy, and radiation. The survival rate of mainstream treatments for treating all cancer is  50% of people diagnosed with cancer in England and Wales survive their disease for ten years or more.

Cancer can theoretically begin from damage to one single stem cell. It may take 30 years or more for that single stem cell to divide many times over to become a detectable tumor. Cancer typically appears at least 7-10 years from the initiating phase according to mainstream oncologists. The actual time frame can be much longer. Tumor progression can be accelerated by dietary factors, smoking, metabolic imbalances, and stress.

As being a cancer survivor myself of large intestine cancer. I could simply write this blog about the health benefits of hydrogen for cancer, and hydrogen can potentially benefit cancer in 10 ways which we will cover here, but Hydrogen alone is certainly not the answer. Because I have researched this field for over 10 years, I have discovered some incredible things along the way, and I simply have to share one of the most brilliant researchers in this Feild Jane Mclelland and I will also share some of her information as well.

Although there is not currently scientific proof that there is a clear answer to cancer, I believe we are very close, or even some people have already worked it out, such as Jane Mclelland who was a chartered Physiotherapist, who was first diagnosed with cancer in 1994 which later turned into stage 5 cancer in 1999 and only had months to live. The amazing part of this story is she used her Scientific knowledge and research skills learnt in the NHS, that she  then worked out that by using a handful of old forgotten low toxicity drugs in a certain combination helped her starve her cancer, and now over 18  later  she is in good health and cancer clear, and I will write more about this after the section on hydrogen.

With lots of gratitude to Tywon Hubbard from H2 Minutes, all the information for this blog on Hydrogen has come from his video below So Thank you Tywon.

The answer is Hydrogen does have the potential to benefit cancer and this video from Tywon Hubbard from H2 Minutes. He Covers the 10 keys areas and the text below highlights his main points.

Reactive Oxygen Species(ROS) are found in abundance in cancer cells. ROS create oxidative stress which is well known to be a cause of a wide range of diseases including cancer. ROS are involved in both the initiation and progression of cancer. ROS causes oxidative DNA and protein damage, as well as damage to tumor suppressor genes. Studies show that Hydrogen enriched water is a “potent antioxidant and exhibits anti-inflammatory and potentially anticancer-like activities”.

Oxidative stress damages cellular DNA which leads to mutations. ROS cause oxidative DNA and protein damage as well as damage to tumor suppressor genes. Unlike other antioxidants which are larger, the tiny size of H2 molecules allows them to penetrate biomembranes and diffuse into the mitochondria and nuclei thereby protecting the nuclear DNA and mitochondria.

Somatic mutations are genetic alterations that affect all of the cells that descend from mutated cells. These mutations are often caused by environmental factors such as ultraviolet radiation exposure and chemicals. The mutations give rise to various diseases including cancer. Hydrogen has a beneficial effect on cancer development by suppressing mutations.

Apoptosis is natural or programmed cell death, it is a natural part of the life cycle of cells. Apoptosis is preferred to necrosis, which is the unnatural death of cells typically induced by infection, toxins, and trauma which can lead to tumor growth. Studies show that Hydrogen water induces cancer cell apoptosis thereby enhancing anticancer activity. Studies also show that Hydrogen water induces apoptosis in human leukemia cells and affected neurons, but Hydrogen doesn’t increase cell death in healthy cells.

6. Hydrogen Suppresses The Spread of Cancer

Metastasis is a term to describe the ability of cells to invade tissue and establish secondary tumors in remote sites and is the main cause of cancer-related death in humans. ROS are involved in metastatic processes including invasion of cancer cells into the surrounding primary tumor sites. Studies show that Hydrogen water may be a therapeutic agent in cancer prevention and metastasis through its anti-ROS effects. MMP’s Matrix Metalloproteinase, are proteins that facilitate biological reactions. Studies note that MMP’s are up-regulated in the course of various malignancies of the breast, colon, pancreas, and liver. MMP’s are viewed as tumor markers and have found to be predictive in metastasis in breast cancer patients. Increased expression of MMP in a primary breast tumor is associated with aggressive disease and unfavorable outcomes. Studies show that Hydrogen water down-regulates the gene expression of MMP’s.

Anti-tumor agents are typically cytotoxic drugs that damage healthy tissue and organs while targeting cancer cells. For example, one study showed that 40% of patients receiving chemotherapy agents suffered liver damage. Increased levels of ROS play a role in the side effects. A highly respected review paper states: “Hydrogen has emerged as a promising cancer remedy as a preventative agent or in combined therapy with anticancer drugs. Hydrogen water consumption might mitigate the side effects of anticancer drugs by decreasing oxidative stress and ameliorating metamorphosis due to decreased apoptosis in healthy cells”. Another study states: “Due to its safety, efficacy, and convenience, hydrogen-rich saline should be considered as a potential therapy for heart and liver injury caused by doxorubicin a chemotherapy drug. In the study, Hydrogen did not impair the anti-tumor effect of the drug.

Nearly half of newly diagnosed cancer patients receive radiotherapy. While radiotherapy destroys malignant cells, it also affects normal surrounding cells. Acute radiotherapy side effects include fatigue, nausea, diarrhea, dry mouth, loss of appetite, hair loss, sore skin, and depression. The side effects are associated with increased oxidative stress and inflammation due to the generation of ROS during radiotherapy. The success of radiotherapy is limited by the toxicity of healthy cells in the surrounding tissue. In fact, radiation itself can induce many types of cancer, especially leukemia and lymphoma. An animal study found that Hydrogen protected mice from radiation-induced thymic lymphoma. Another animal study showed that Hydrogen reduced radiation-induced lung damage in mice in the early stage cancer and lung fibrosis in later stage cancer. Yet another animal study showed that Hydrogen protected the gastrointestinal tract of mice from radiation. A review paper stated that: “our findings suggested that hydrogen-rich water may be used as a potential therapeutic to alleviate intestinal injury induced by radiotherapy for abdominal and pelvic cancer in preclinical settings”. Radiotherapy adversely affects 95% of patients and a study found that hydrogen significantly reduced the severity of dermatitis caused by radiation. Another study indicates that Hydrogen helps the immune system placed under duress by radiotherapy.

Cancer patients receiving chemotherapy or radiotherapy or a combination of both often experience varying degrees of QOL. Studies show that QOL scores during radiotherapy were significantly improved in patients treated with hydrogen-rich water. Other studies indicate that “oral administration of hydrogen-rich water may reduce organ toxicity induced by chemotherapy, improve QOL, and decelerate weight loss without affecting the effectiveness of chemotherapy.

The first hydrogen study that captured the interest of the scientific community was published in 2007. As such, studies on the effects of survival rates are limited to animal studies at this time. A study shows that Hydrogen water improved the survival of mice with colon cancer who were being tested for chemotherapy. Another study showed the increased survival rates of mice receiving Hydrogen, 30 weeks after receiving radiation. Another study shows that survival rate and weight loss in mice was improved after receiving chemotherapy when the mice received Hydrogen. Another study concluded that Hydrogen is “safe, easy to administer, and cost-effective, protects against radiation-induced death”. Long term human studies need to be completed to verify the findings of the improved survival rates of mice after receiving Hydrogen, but the animal studies provide grounds for considerable optimism about the therapeutic benefits of Hydrogen.

Janes story is truly inspirational, and I highly recommend her book. She discovered that different cancers have metabolic pathways meaning cancer feeds off different fuel sources. The three fuel sources are…

Then the genius part came when she sifted through old scientific research papers that showed that that certain off labeled drugs and natural health supplements helped reduce those fuel sources. So for example for …

This map which she has called the metro map which covers these pathways. 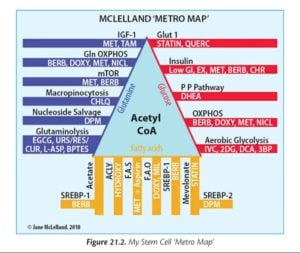 She called it a Metro Map as like on a metro if you are going somewhere, and you can’t use one route you can use another, and sometimes cancer chooses a different fuel source. The good news is she has worked out how to help block these sources.

This is a very brief outline, to find out more, you can get her book below. 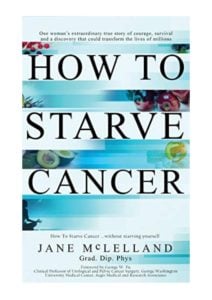 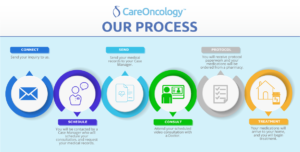 I know only full well, that even with all these amazing off labeled drugs and supplements like hydrogen, they all can help but…

From my own personal experience and from talking with hundreds of cancer patients. I know many people with cancer, have been deeply depressed for a long period of time and simply have a feeling of being feed up with a big part of there life. I believe one of the key turning points is mental awareness to let trivia go out the window, and live a life that you truly love, that you wake up ready for your day stepping into being the best version of yourself. Yet too many people are persuaded to follow other peoples dreams, or just simply getting caught in the cycle of  CNN… CONSTANT NEGATIVE NEWS, and then repeat it again and again, day in day out, month after month, year after year. 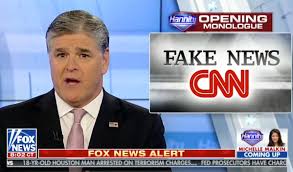 Joking aside and although Brexit is important to get right. Unless we have good wellbeing in our population and a vibrant world to live in, we will be a serious downward spiral if we are not already on it.

I believe we need awareness to hear our own innate intelligence and rise above our negative thought patterns. To be aware of the pesticides in our foods,  the chemicals in our water,  the electromagnetic stress that we expose ourselves too, the pollution in our seas, the fish stocks that have dropped by 90% in the last 30 year. The processed foods, the overuse of antibiotics causing more and more candida infections, the increase in mental stress, how we treat each other, the black molds that are in some homes causing all different types of health issues, and many other issues like this. As we bring attention to them and choose to acknowledge these issues, and then ask better questions, we will get better answers, and I believe we do have those answers already we simply need act on them.

To Your Innate Wellbeing

Author of Your Greatest Wealth

Hyperbaric Hydrogen Therapy: A Possible Treatment for Can

Influence of hydrogen-occluding-silica on migration and apoptosis in human

On the antitumor properties of biomedical magnesium metal

Cancer Causes and Risk Factors and the Elements of Cancer Control

The Development and Causes of Cancer

Hydrogen as a New Class of Radioprotective Agent

The evolution of molecular hydrogen: a noteworthy potential therapy with clinical significance

Reactive oxygen species: role in the development of cancer and various chronic conditions

Molecular hydrogen: a therapeutic antioxidant and beyond