Dementia describes different brain disorders that trigger a loss of brain function. Alzheimer’s disease is the most common type of dementia, affecting 62 percent of those diagnosed.

Symptoms of dementia include memory loss, confusion, and problems with speech and understanding.

There are an estimated 46.8 million people living with dementia and the numbers affected are expected to double in 30 years, rising to 115.4 million in 2050.

Another 7.7 million people will develop dementia around the world every year.

It has been discovered that patients with Alzheimer’s have a very small amount of plaque that builds upon the nerve tissue in the brain.  This plaque can disrupt the nerve cells that block cell signaling, it is not clear what toxicity is causing the plaque build up. But it is clear that around the plaque is a build up of inflammation and oxidative stress. 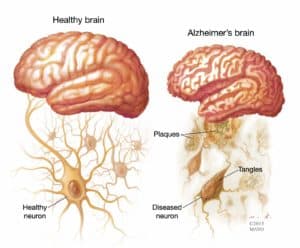 Hydrogen has been proven to have an anti-inflammatory and antioxidant effect and because it is so small it easily crosses the blood-brain barrier, helping to reduce inflammation and oxidative stress in the brain of Alzheimer’s patients.

In a study published in 2019 called  The role of hydrogen in Alzheimer’s disease concluded that hydrogen reduced the production of the protein that caused plaques, increased memory function, and helped decrease the neurodegeneration within the brain, which could bring a lot of relief to Alzheimer’s patients.

Although there is not yet a medical cure for Alzheimer’s, there are possible natural remedies that can help. Hydrogen has the potential for reducing inflammation and oxidative stress.

I believe that in helping any health conditions, multiple approaches need to be combined to get the best result, some other tips that could also help in Alzheimer’s are…

To Your Innate Wellbeing

Author of Your Greatest Wealth